I’m using a custom script to hide the UI, but would be nice to have it built-in.

The drawing app Procreate is using a nice top-right corner icon for it, for a reference.

Thanks for the feedback. Yes, I checked the Procreate documentation and they describe a feature which enables the user to hide the UI elements when drawing to create a more immersive drawing experience, without any distractions: 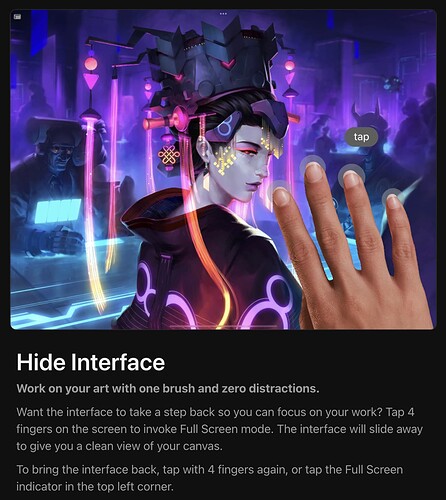 I just wanted to confirm the context of use for this feature in Bluescape from your perspective. Are you using the script you shared to hide content for immersive drawing within the Bluescape workspace, or for some other purpose?

Hi @Jeff_Bos
I usually have two Bluescape windows opened at the same time and thus the UI takes up a lot of the screen space. Once I know some of the shortcuts, I don’t really need to have the UI visible all the time. Also it would be a nice feature for presenting the board without any visual distractions. Since the script works for me, I don’t really need it built-in, but would be a nice-to-have for the iPad and Standalone versions.

Thanks for describing the context of use, @Sander_Joon.

I will relay this feedback to the Product Design Team to discuss your feature request. I would be interested to learn more about how you are using two workspaces simultaneously, if you might be able to elaborate on this further.

For not having to scroll around too much, I keep these areas opened in separate windows. 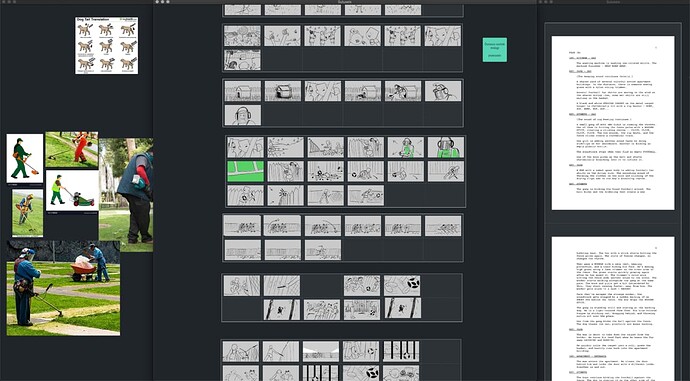 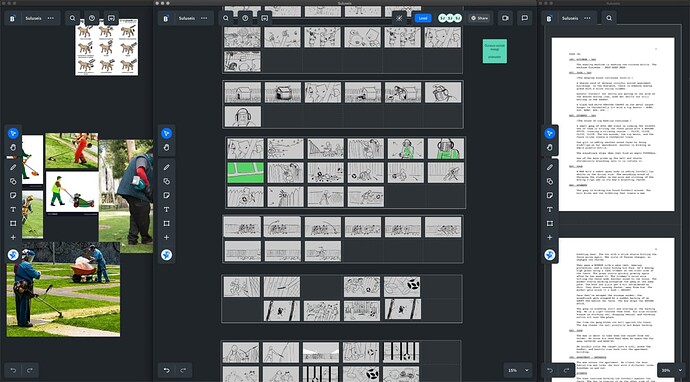 OK, it is helpful to see how you are using multiple workspaces to create this custom layout. It makes a lot of sense to display fixed elements and scrollable areas at the same time.

Thanks very much,
Jeff